David Hoffman, the Co-Founder and Chairman Emeritus of GFMD and of Internews, has written a historical fiction novel that portrays the roots of the current fighting in Ukraine. All the proceeds are going to support Ukrainian journalists.

“Western media accounts talk about the war as if it started just eight weeks ago. But Russia first invaded Ukraine in 2014 and the conflict has continued since then,” says Hoffman. “Putin’s war on Ukraine began in response to the ‘Euromaidan Revolution of Dignity,’ when Ukrainians rose up to join the EU and oppose integration with Russia. I thought the story of that revolution—the collision of oligarchs, people power and Russian interference—would best be told as a thriller.” 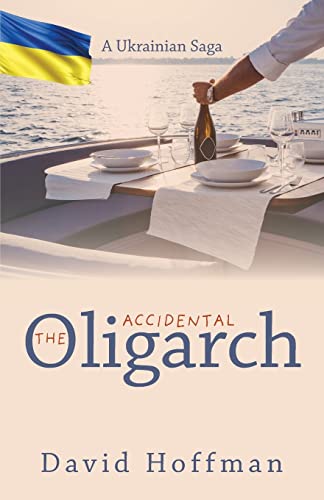 The story begins in Kyiv in 2013. It is the height of political corruption and mafia-like rule by a coterie of oligarchs. It has been nine years since the 2004 “Orange Revolution” reversed a fraudulent election and ran Viktor Yanukovych, the then Prime Minister and candidate of the pro-Russian Party of Regions, out of the country. But Yanukovych has returned now as President after Paul Manafort and an army of American political advisers managed to resurrect the Party of Regions and elect him in 2010.

The novel is based on a true story of a stolen ID that was used to shield the true owner (Paul Manafort in the real story) of an offshore shell company. After Yuri Yavlinsky is laid off from his job shovelling shit at the Kyiv Zoo, he is promptly arrested for failing to pay a $30 million tax bill. Yuri’s ID had been used to create several offshore shell companies to hide the assets of the oligarch who is the principal backer of Ukraine’s president. Dora Osatinskaya, the Ukrainian American lawyer who heads an anti-corruption organization, persuades Yuri to retrieve the mogul’s bank records used for money laundering. But Yuri doesn’t stop there. Infuriated by the corruption that is sucking the life out of his country, he uses his wits and street smarts to hijack the companies and their billion dollars in assets. It takes an oligarch to fight an oligarch.

From Cyprus, Panama, Prague, London and ultimately the streets of Kyiv, Yuri and Dora wage war with the oligarch, Viktor Raskolnovitch, and increasingly with the corrupt regime. Raskolnovitch fights back mercilessly, even as he’s haunted by his own grim past and seduced by the charming French spy Antoinette Bertrand, a woman who may distract him, save his soul, or help bring him down. Backing Yuri is Dora’s uncle, Rabbi Morris Weissgold, who appears Zelig-like at critical moments, claiming he no longer works for the CIA. The novel climaxes during the 2014 Euromaidan “Revolution of Dignity,” where Yuri and the relentless protesters on the Maidan fight Raskolnovitch, the government, a cabal of mobsters and moguls, and stealth Russian forces, as they strive to save themselves and the battered country they believe in.

For more information about the book, please click here.