The Global Forum for Media Development is funded by our members and through core and programmatic funding from public and private donors.

The GFMD is financially supported by fees from our members. Membership fees make up roughly one third of GFMD’s income. 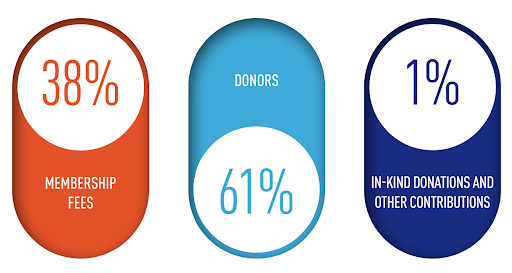 Membership fees are set depending on the staffing numbers of each organisation.

The National Endowment for Democracy (NED)

NED is a private, nonprofit foundation dedicated to the growth and strengthening of democratic institutions around the world.

The Swiss Agency for Development and Cooperation (SDC)

Is a non-profit organisation working to strengthen the capacity of media to reduce conflict, strengthen democracy and facilitate dialogue.