Joint Statement on the Proposal for the European Media Freedom Act

Global Forum for Media Development joins the undersigned journalists, media freedom, and human rights organisations in welcoming the European Commission’s initiative to strengthen the free and pluralistic media system and the commitment to protect journalists and editorial independence within the European Union. 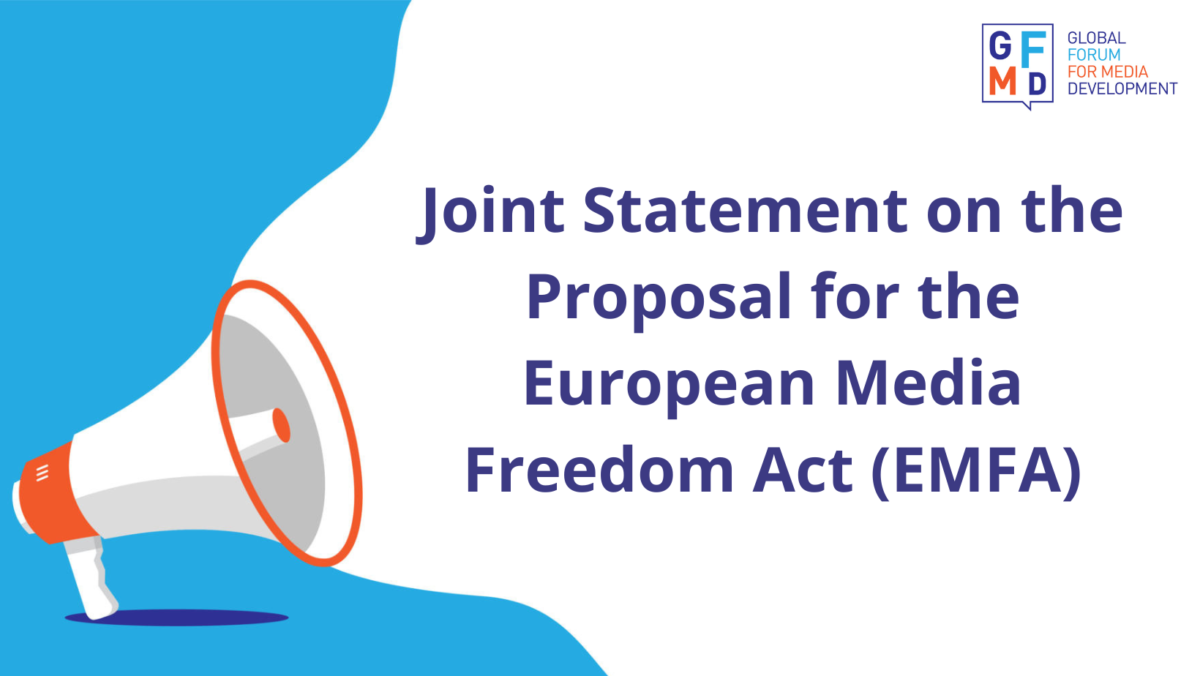 These values directly link to fundamental rights, such as freedom of expression, the right to access to information, the formation of opinion, and making informed choices in elections, as enshrined in the Charter of Fundamental Rights.

Matters relating to the media have traditionally been the competence of member states, however such is the threat posed to media freedom that an EU-wide action has become necessary to protect Europe’s democratic values.

Therefore, we support the European Media Freedom Act (EMFA), which breaks significant new ground in our efforts to protect media freedom in Europe. The EMFA has identified many of the key issues where the EU and member states must urgently act in order to protect media freedoms. This statement of intent, alone, is very welcome.

However, if the EMFA is to become effective in the struggle to guarantee media pluralism, to protect journalists’ rights and ensure editorial independence from the impact of vested commercial and political interests, it should strengthen efforts to increase the transparency in media ownership with clear rules instead of soft-law Recommendations; introduce rules governing all financial relations between the state and media and removing the limit on state advertising transparency for over one million inhabitants; guarantee the independence of national regulators as well as the independence of the European Board for Media Services; and should expand measures against surveillance of journalists and ensure a general guarantee for the protection of sources.

The undersigned organisations look forward to continuing to engage with the institutions of the European Union to ensure that the text of the European Media Freedom Act is as robust and effective as possible and helps provide a foundation for generations of journalists to come.

If you are interested in taking part in debates around the European Media Freedom Act (EMFA) and other issues, consider joining the EU Media Advocacy Working Group – an informal network for organisations within the journalism support, media development, digital rights, media freedom, and wider democracy support communities conducting advocacy work within European Union (EU) institutions on media-related issues.
Please contact us at advocacy@gfmd.info if you are interested in joining the working group, or if you would like more information.