In memory of Manana Aslamazyan

We are deeply saddened to hear the news about Manana Aslamazyan’s tragic passing. On August 30, 2022, Manana Aslamazyan, founder of the Educated Media Foundation in Russia and former Director of Internews Europe, passed away after being struck by a car in Yerevan, Armenia.  Our thoughts and prayers are with her family in this difficult time. 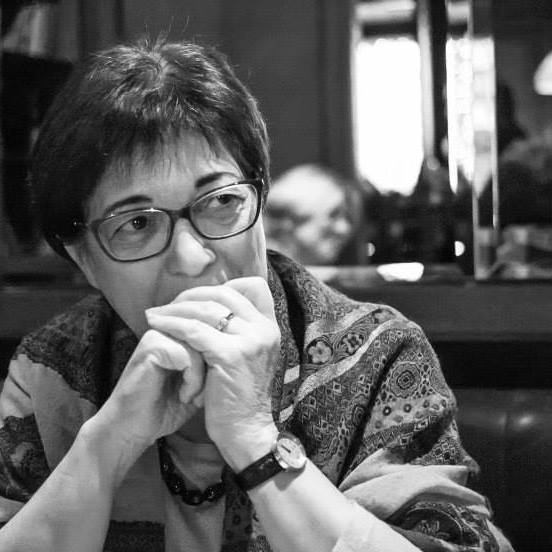 After a career as a theatre manager, Manana Aslamazyan joined Internews in 1991, and thanks to her passion and devotion, Internews’ first program in Russia to support local independent media was launched. In the following decades, the Eurasia area saw an unprecedented blooming of talent and creativity as a consequence of her unwavering support for new media entrepreneurs. Her profound faith in promising regional media was the driving force behind Internews’ organisational philosophy of investing in local, independent media, a practice she helped to develop to more than 100 countries worldwide.

After the collapse of the Soviet Union, she was generally acknowledged as a pivotal figure in the development of Russian media, especially local television. In 2002 she received the Media Manager of Russia Award and the same year joined Russia’s National Association of Radio and Television Broadcasters.  In 2010, she got the award for Personal Contribution to the Development of Media from the Russian Television Academy.

In January 2007, she was detained on her return from Paris at the Sheremetyevo airport for carrying foreign currency in excess of the allowed amount without a declaration. The board of the Educated Media Foundation was forced to close the training center, and Manana Aslamazyan had to leave Russia. She was charged in absentia and put on the international wanted list. Thousands of journalists worldwide came to her defence and later the criminal case was dropped and Manana was fully acquitted. But the centre for training journalists actually ceased to exist.

“It’s impossible to capture who Manana was and what she meant to us at Internews and to everyone who knew her. In the last few days, I’ve heard her described as a light drawing others to her, a bridge connecting people in different countries and different professions and walks of life who otherwise would never have crossed paths, an electrical energy field that could energize other people, powering them up with her boundless enthusiasm, inspirational ideas and indefatigable nature. She was not only respected by the thousands of journalists whose lives she touched, and hundreds of media companies she helped to survive and thrive in so many different countries, she was loved too. She believed in media freedom, independence and responsibility. She believed that these ideas – even in some of the most hopeless situations – are still achievable and that you should never give up. And because she did, we did too,” shared Internews Country Director in Ukraine Gillian McCormack.

While Manana Aslamazyan served Internews in so many different ways, including as Executive Director of Internews Europe and as a Director on the US Board, she was always a mentor and guide, advisor and friend to anyone who needed her, remembers President and CEO of Internews Jeanne Bourgault.

“Manana created the mold and set a very, very high bar for what it means to be Internewser.  Like so many others, Manana was my inspiration and role model for my work at Internews.  She inspired me to understand what was possible, she schooled me on what media development should be, and scolded me when she knew I could do better. In the many accolades flooding social media, one description you see very often is that she was like a mother to so very many people.  That is a very fit description for her personal relationships and for her role at Internews.  She will always be the mother of Internews,” she said.

Manana Aslamazyan was one of the founders of GFMD and for many years served on GFMD Steering Committee. She was a passionate supporter of regional independent media, a true professional, a peace advocate and an extraordinary human being who everybody remembers with fond memories and admiration.

She was also a close friend to many of our colleagues. Manana will be dearly missed. Her legacy will live on through the powerful impact she made on the whole media development sector.