On 16 September 2022, the European Commission published the proposal for a regulation “establishing a common framework for media services in the internal market (European Media Freedom Act – EMFA) and amending Directive 2010/13/EU” (the Audiovisual Media Services Directive). Our Advocacy and Policy Manager Laura Becana Ball will guide you through the legal background behind the EMFA, why GFMD is following this legislation closely and what are the next steps.

Media Freedom in the European Union

The European Commission (EC) has not had many available instruments or legal frameworks to act on matters related to media freedom. While individual Member States address pluralism and media freedoms in their national legislation, media freedom has not been given an effective legal framework of its own at the EU level – until now. As an area usually reserved to the authority of Member States, who are required to comply with the Charter of Fundamental Rights of the European Union, the effectiveness of the mechanisms in place to ensure their compliance has proven inadequate (see, for instance, the application of Article 7 in the EU Treaties for the case of Poland and Hungary).

Moreover, the state of media pluralism in Europe is more fragile than it might otherwise appear: The 2022 Rule of Law report and the Mapping Media Freedom platform show that press freedom is declining across Europe, while Media Pluralism Monitor reveals troubling trends:

Even if some Member States are in a more critical situation than others, there is an urgent need to address these issues.

While media freedom/pluralism is not specifically mentioned in the EU treaties, it does fall under Article 2 as part of wider human rights and democratic values on which the European Union is founded.

As mentioned above, the only tools available to “protect” the European values compiled in Art.2, are the ones outlined in Article 7. Due to the weak basis in the Treaties and continued opposition to EU-level action on matters related to media plurality, the Commission has always relied on soft governance measures, such as Directives.

“1. Everyone has the right to freedom of expression. This right shall include freedom to hold opinions and to receive and impart information and ideas without interference by public authority and regardless of frontiers

2. The freedom and pluralism of the media shall be respected”.

There is a legal framework for intervention and regulation at the EU level, but from an economic standpoint, because the media is a central part of the economy and essential for democracy. The rationale behind this is to create a system of protection and generate resilience for the media ecosystem via the regulation of mergers, state aid, or competition rules, which are not media-specific but also apply to other economic sectors.

It is hardly surprising then that the European Commission chose the “market” approach – that is Article 114 of the Treaty on the  Functioning of the European Union (TFEU) as the legal basis for this proposal for a regulation. As noted in previous statements, this is a useful entry point as the free flow of information is essential for the functioning of an effective and prosperous single market.

Based on the consultations submitted to the Commission (GFMD was both consulted and submitted a response back in March 2022), as well as the trends identified by Media Pluralism monitoring tools (such as CMPF’s Media Pluralism Monitor or the ECPMF’s Mapping Media Freedom tool), the Commission has considered the “market approach” as necessary and proportional due to the existing problems of market concentration and media capture that impact the media sector and its business model. Although such problems exist more prominently in some EU member states than in others, from the Commission’s perspective, measures at the regional level are seen as necessary to prevent these issues from spreading to other member states, considering the vulnerabilities that the current situation presents: growing polarisation on social media and the spread of disinformation, especially in contexts of conflict and crisis.

The Commission has chosen the form of regulation as a legal instrument for the proposed EMFA. If the Commission had proceeded with the directive approach, most of the responsibility to apply the EMFA would be with states and their agencies, which would have to pass laws and regulations with the principles of EMFA in mind. If a member state does not pass the required national legislation, or if the national legislation does not comply with the requirements and aims of the EMFA directive, the European Commission could initiate legal action against the member state in the European Court of Justice.

But as we have seen with the EU’s Audiovisual Media Services Directive (AVMSD) this approach has created challenges as the member states have not shown a willingness to apply the directive in a consistent manner. Many governments and political forces might not want to implement the EMFA dispositions because they do not share the commitment to free media.

If the EMFA is turned into a directive, it would still recognise the prerogative of member states to implement the rules at the national level, but it will be a lost opportunity to harmonise the rules for the media sector across member states. 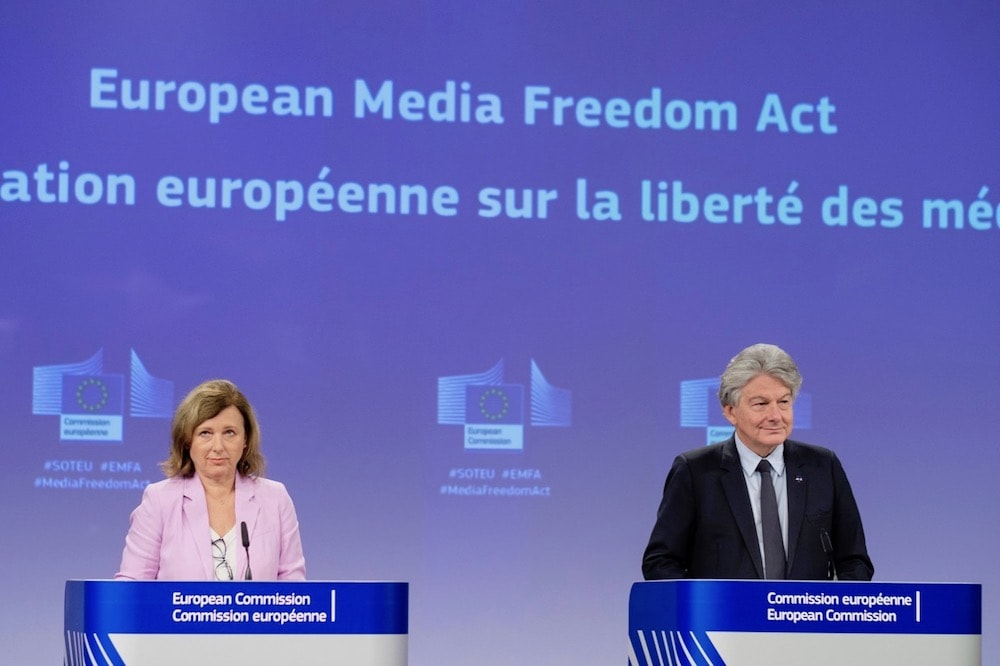 The proposal builds on the revised Audiovisual Media Services Directive (AVMSD). For instance, it gives a broader scope to ERGA for both actions and tasks. Through its different chapters, EMFA also includes new rules on state advertising, audience measurement and protection of journalistic sources and communications as well as safeguards to public service media. The fourth section of Chapter III addresses the issues concerning the provision of media services in the digital environment. In line with GFMD’s digital strategy, the articles under this section will be one of our main advocacy priorities to ensure the sustainability of media and journalism in the digital information ecosystem. In the coming weeks, we dig into this section and share some insights related to Articles 17 and 18.

This legislative proposal is accompanied by a recommendation on internal safeguards for editorial independence and ownership transparency in the media sector which encourages media companies and Member States to foster media independence and transparency and improve the sustainability of the sector.

Whatever instrument is chosen, the debate stirs again amongst those sceptical of any regulatory intervention on issues such as media freedom or freedom of speech. These arguments are strongly embedded in the United States First Amendment, from which one could argue that such regulations would impose restrictions on freedom of speech. Along these lines, giving the Commission control for regulating media could endanger national laws that are ensuring the independence of media organisations from the states. The mantra “no regulation is the best regulation” strikes again, and for sure, there are many challenges that need to be addressed to make sure that the regulation helps to build strong safeguards for media pluralism without jeopardising systems that already work. But as noted during the Meijers Committee Conference on Media Freedom and Pluralism in EU Law, the current crisis is so great that a Europe-wide regulation is the only way of preserving quality journalism and media pluralism. The goal is not to give the Commission power over media, but, on the contrary, to ensure its independence and make sure that the EMFA is a useful tool to correct the spread of the current declining trend in press freedom across Europe.

The proposal is now in the hands of the Council and the European Parliament. The Parliament’s Committee on Culture and Education (CULT) has been pre-designated as the committee responsible, with the Committees on Civil Liberties, Justice and Home Affairs (LIBE) and Internal Market and Consumer Protection (IMCO) asked to give an opinion. However, some voices have proposed that this file is owned jointly by the CULT and LIBE Committees, and it remains to be seen if other Committees will have their say on the proposal.

Meanwhile, the European Commission has opened the feedback period on the European Media Freedom Act until January 23rd, 2023. The results of this consultation will be presented to the European Parliament and the Council, contributing to the legislative debate.

At this point, you might wonder why an organisation that includes the word “global” in its name, is so focused on what is happening in the European Union? It might be biased, and it seems unfair. But allow me to explain:

Are you interested in joining the discussion? Please contact us at advocacy@gfmd.info to be part of the group, as well as to receive more information on this topic.